Get your taste in the VentureMom Marketplace! 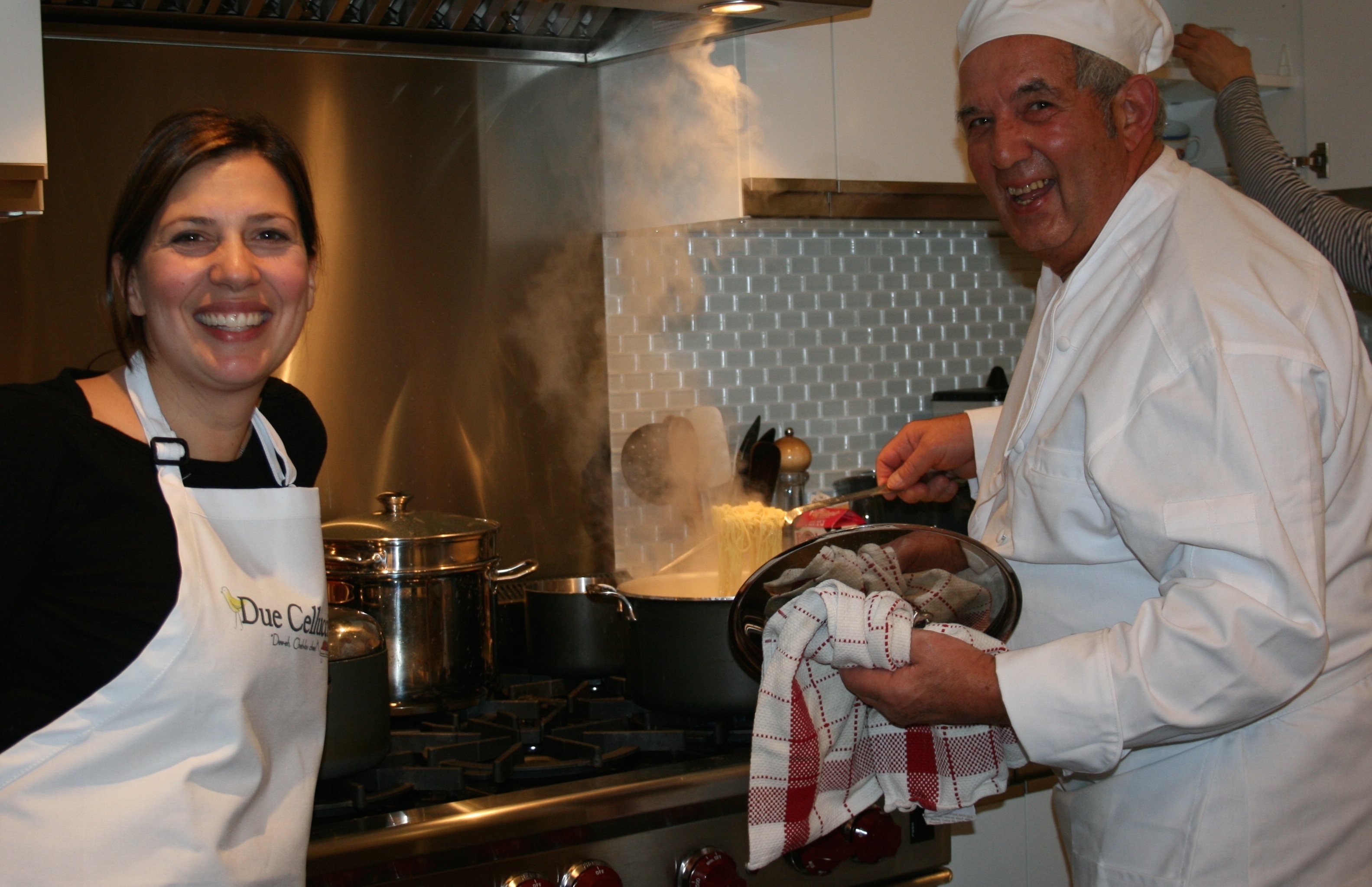 Stefanie Bhalla’s family had been in the restaurant business her whole life and restaurant patrons were always asking her father to sell his sauces. She and her younger brother, Enzo, had even thought about “spreading the love” with the sauce when they were in college but Enzo lost his battle with leukemia in 2003 and those dreams were put on hold. 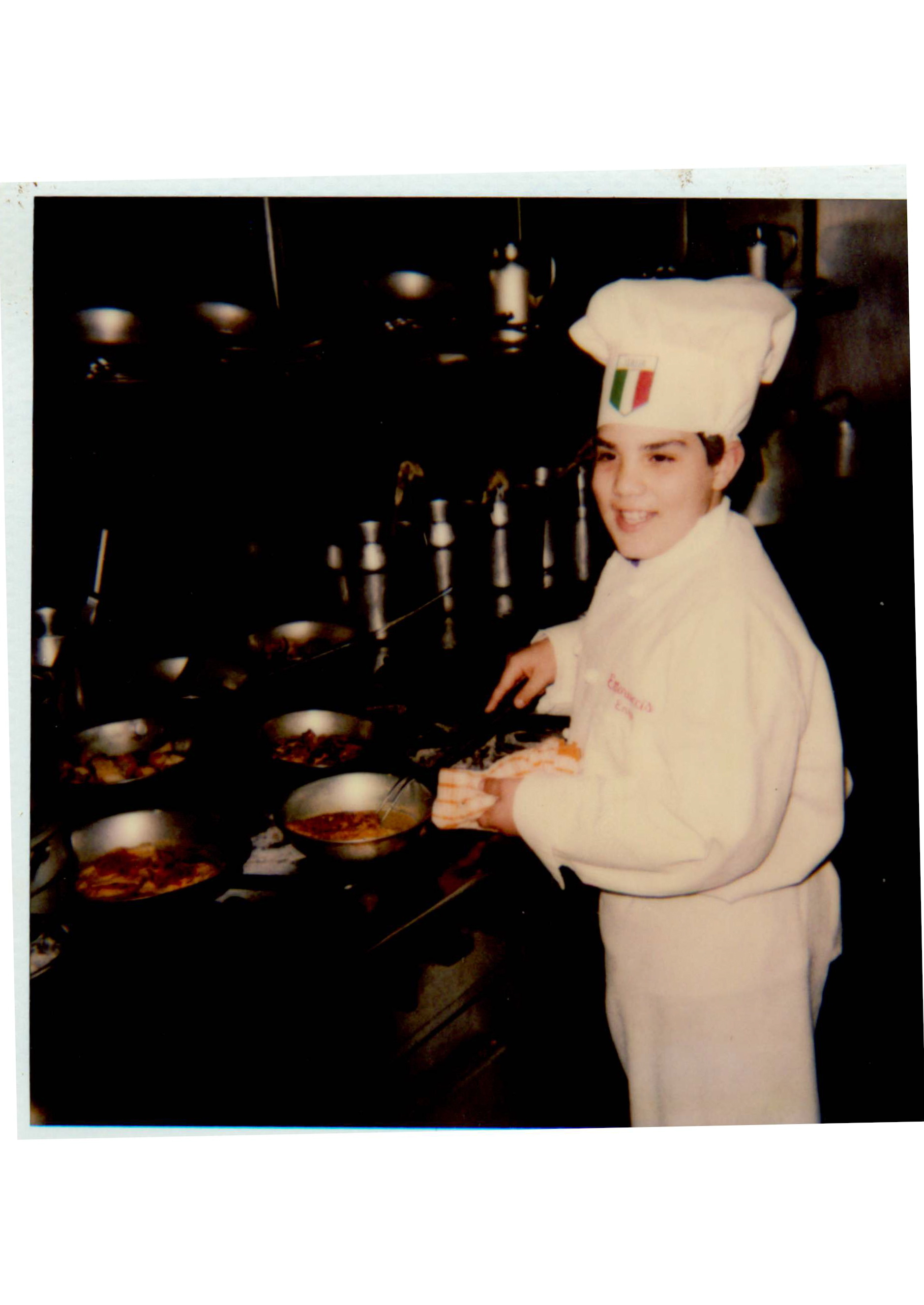 Years later when Stefanie and her husband made a joint decision that she would do something on her own to gain the flexibility they needed, she looked to her background. Stefanie spent most of her career the food business both in finance and brand management. She then moved to a tech company and helped with strategy and general management. These experiences gave her the confidence to think about starting her own venture. 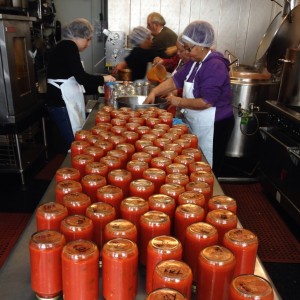 Stefanie returned to the sauce idea and her brother’s memory.  “Launching the sauce business that we had talked about felt right to me. I could give part of the proceeds to leukemia research and my own venture would give me ownership of my time.”
First step. Stefanie knew of a food incubator

program at Cornell. She reached out to them to gain an understanding of the process of going from the stovetop to the shelves. “I worked with my Dad in a commercial kitchen to formulate a shelf-stable recipe for our sauce.” Over the course of this time, Stefanie met many women with knowledge and passion who proved to be great assets in helping her get her business off the ground.  “Never underestimate the power of networking and support from other entrepreneurial women.” 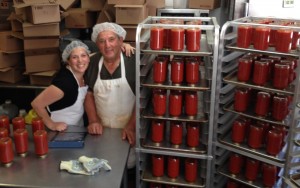 As we got closer to making our first batch, I needed a name for the sauce. Our family comes from Villa Santa Maria in the Abruzzi region of Italy.  “Due” means two and “cellucci” is a slang term that means little bird.  Stefanie’s family had called her two boys “due cellucci” since they were born, so it seemed a perfect fit.  When she and her husband told her kids, who were 4 and 7 at the time, they loved it. The name and the label they created matched the fun feeling they were hoping to evoke with the brand.

Honoring her brother’s memory and his battle with Leukemia was at the core of Stefanie’s brand and business.  She reached out to the Leukemia and Lymphoma Foundation with her story and the idea to give a port 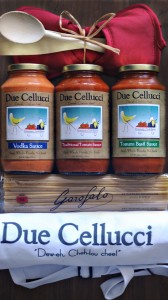 ion of her proceeds to them. “I know I’m a small fish but they always treat me like a big fish.”   The foundation often has Stefanie sample Due Cellucci at their events and they are incredibly supportive.

The first batch of 1200 jars in three flavors was produced in 2012. Now what? “My goal was to get placed in small specialty food stores and to sell on-line.” Stefanie sent an email to everyone she knew – friends and family, business associates and her family’s restaurant patrons – and the orders started coming in. With an office at home, Stefanie ran the distribution center out of her dining room.  Word of mouth fueled the growth of the sauce business. “When I got my first order from someone I didn’t know, I felt great. You offer this product with no idea if anyone will like it and ultimately buy it. ” 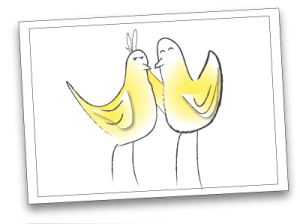 While most sales are currently on-line, Stefanie has plans to expand and take her business to the next level over the coming months.  “I wanted to grow and build in a way that would be flexible with the evolving needs of our fam 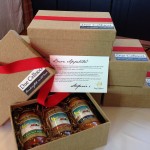 ily.”  Now that Stefanie’s children are older, she has been able to devote more time to the business and is expanding to larger retail accounts.  She will also be exhibiting at her first trade show this summer.  “I made a choice to leave a salaried position to have flexibility. I feel very humbled that I was able to create a profitable business for our family and to honor my brother at the same time.”

VentureMom Tip
Go with your heart.