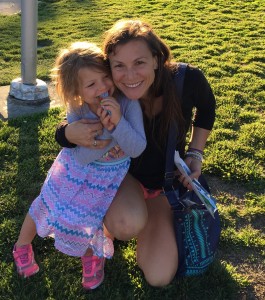 How does someone go from teaching small businesses in Bulgaria how to co-op their grape crops to having her own business years later? Audrey Amara was in the Peace Corps and her job was to teach small farms there how to sell excess produce  for profit. When she made her way back to the states she became a teacher and a cross country coach, “I really liked coaching, there was nothing better.” Audrey also wrote for a start up magazine called Science 2.0, “I had majored in journalism in college.” 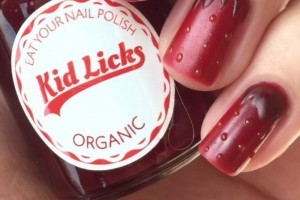 A husband and two kids later and a move to California, Audrey was now coaching cross country and swimming part time. With two young “girly” girls, painting their nails was a common activity, “I started to think about what was in the nail polish I was using and wondered if it could be harmful to my children. And in addition to eating nail polish, my husband and I have seen kids try to eat just about every gross thing known to man. – food off the floor, sand at the beach, hair balls, some grosser stuff we don’t like to think about.” 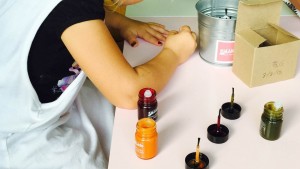 Audrey and her husband Josh Kroot figured they might be able to manage the nail polish issue. She reached out to some of her Science 2.0 friends  and had an idea. “What if I could create a polish that was fully organic, so safe it was even edible. We could call it Kid Licks.” The couple had a name before they had a product. 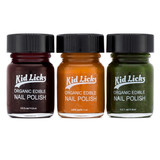 Audrey and Josh began to do some formulations using fruit juice powder and pectin among other simple ingredients to come up with a formula that could be painted on nails and would be fully edible. “We first used beet powder and were able to come up with a formula in red.” They used a kid friendly bottle to hold the polish and they were in business.

“We were still in the testing phase and hadn’t really started selling our new product until the Los Angeles Cookie Con and Sweet Show.” Audrey set up a table at the event and sold out! Now what? She started a wait list. This was good news. She knew she had found a product that families wanted and she had created a safe alternative to use for something that has become a rite of passage for all young girls. 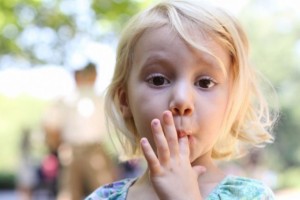 But Audrey knew she needed to be able produce large batches if she wanted to scale. The couple found a manufacturer and placed their first order. Now came the task of selling. One of their first orders came from a well known e-commerce site, Uncommon Goods which they thought would be a good fit. They even applied were accepted in the San Luis Obispo, CA incubator which will happen this summer, “This program can be hugely helpful in getting us to the next step in our growth.” 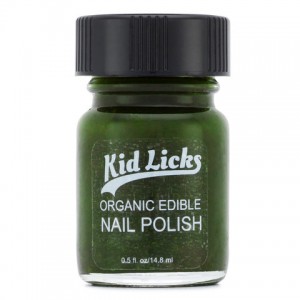 Many wonder how the product works. Audrey says, “The polish dries just like regular polish and can be washed off. It’s not really meant to be on for long periods of time.” Audrey and the parents who have used Kid Licks are just happy to have a product that is completely safe and fun to use. Kid Licks nail polish is available in three colors — red, green, and orange. The red color is made with beets, green contains barley grass, and the orange is made of carrots, and the couple is working on edi 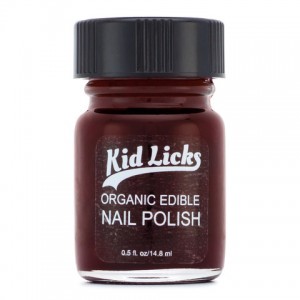 ble face paint. With four kids now, 5, 4, 2 and 6 months, Audrey and Josh will be using a lots of their own product.

VentureMom Tip
Look to create a safer and healthier alternative to a popular product.