Mention VentureMom and receive 10% off!!!

Who knew her old career would come into play for a new venture down the road. Abby Flanagan’s first job started in Sun Valley, Idaho working as a photo shoot coordinator for a commercial sports photographer. From there she took a job in NYC producing television commercials where production where she was involved in casting, shooting and editing. Photography has always been a love and when she began to photograph her own family, her passion was reignited for the craft.
When friends asked Abby to photograph their families, how could she say no. Another use of her craft came into play when her mother in law asked her to photograph homes for sale for the real estate firm she worked for. “I couldn’t believe I was actually being paid to do something I love. I began to invest in more equipment and lighting.” 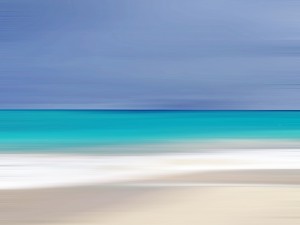 But it was a random discovery that led to the biggest boost in her new found venture. “I began to play around with landscape photographs on the computer. I loved how I could take an ordinary photograph and make it look like a painting.” Abby felt she was blending art with photography. On a Caribbean golfing trip with her family, Abby was not golfing but went along for the ride and took photographs. “My first artistic piece was taken from a golf course. I blew it up to 40″ by 50” and mounted it on Plexiglas.”
“I wanted to do more of this so I began taking photos that lent itself to this type of photographic art” Mounting photos on clear plastic gives he
r work a modern feel. “My work is blurred rather than macro detail and I feel that the large scale pieces makes my pieces more impactful.” Others did too and wanted Abby’s art for their homes.

So word of mouth has begun to bring in friends, and friends of friends who covet Abby’s art. She even has some shops in various parts of the country asking to showcase her work. “Photographing families and homes is great but I think the most fun for me is to take something ordin 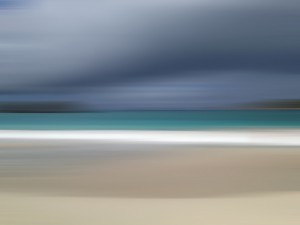 ary and making it a work of art.” Abby says, “Using the editing process, I won’t recreate two of the same pieces; so each photograph that I sell is one of a kind.”
When you look at Abby’s work, you get a serene and peaceful feeling . Abby says that is her goal, “I work to create a mood through the art.” With one look you know what she means.