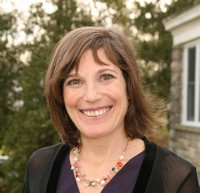 As she moved from job to job and then magazine to magazine the focus of her career mirrored her life. Roseanne was recruited by Seagram Wine Company right out of school, moved to a shelter magazine, then a fashion magazine and then a parents magazine. Much like her life she went from parties, to home to clothes to parenting. Then she made a choice. Roseanne wanted to be her own boss and she wanted to choose something that would allow her to, “Gray into it,” her term for something she could start now and still be doing 40 years from now.

“When I was working, I never thought I’d want to be able to walk my kids to school, but I did and knew I needed to work for myself.” She came up with several choices, but Roseanne was intrigued by coaching and she discovered that her personality was a good fit for helping others with their choices. So in 2005 when her youngest was still a toddler, she came up with a plan.
Spending a year and half getting her certification, Roseanne found what she considered to be the “Harvard of coach training,” Coaches Training Institute. Her first clients came from an email announcement that she sent to all her friends and family. Initially the cost for her coaching was lower as she got her training, but once certified, she was able to charge the going rate. “Experience is key, so my advice is to just get started.”

Roseanne didn’t stop with one on one clients, she formed groups too. Most of her clients are entrepreneurs due to the fact that Roseanne spends a great deal of time networking at entrepreneurial gatherings. She says, “It made perfect sense for what I wanted to do, the contacts I made needed a business coach.” Roseanne guides people to define what their goals are and outline specific steps to achieve those goals. Some clients have no idea what they want to do and Roseanne goes through a discovery process to help them figure that out.

Others know what they want to do but need someone for accountability. That’s where Roseanne comes in. “I’m the person they have to report to each week.” Starting with a discovery session that is an hour a half, Roseanne follows that with six months of coaching to achieve the defined goals. “My niche is helping people zero in on what ‘s important to them and what their skill set is.”
Spending about 35 hours a week working with individual clients, while her 12 and 16 year old are in school, Roseanne also offers several workshop programs including â€œKnow Yourself Best with MBTI and Personal Renewal Groups. Both of these programs are designed to uncover how to lead a more fulfilling life. She also leads What’s Next Club, groups for those wanting to switch jobs, careers, or move their business ventures forward.

Roseanne helped one client figure out three things that were important to her, “She wanted to improve her wellness, switch careers, and give back. I called her recently; she answered the phone and said she was sitting in the airport waiting for her flight to Rwanda to be called. She was going on a two-week volunteer trip to help a NGO (non-profit) in Kigali develop a more accurate budget so they could maximize their grant funds.” This women credited Roseanne with helping her become unstuck and changing the direction of her life. That’s a pretty strong complement.

“I feel empowered and so in control of my life by having my own business. I’m building something for me, for the future, when my kids are out of the house.”

VentureMom Tip
Create something that you can “gray into” so that you can start your venture now and expand in the future. 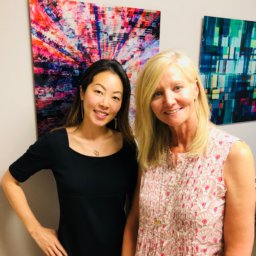 As 2012 begins, I’m hearing from you, my followers, that you have a sense of wanting to break free. Many…

Who knew an Achilles heel injury would lead this mom in a new direction?  After 10 years on Wall Street,…

Working for a retail furniture store she loved the home design world, but when Sarah Swanson had kids, she had…