Meeting Darcy Creech is like coming across a bundle of untapped energy.  The owner of Peter Beaton Hats lives life all out.  Like the label on her rain boots says, “Leave a trail worth following,” she does just that.

It began when Darcy created a hat for herself that drew attention from scores of women; she saw a niche for a product and her research began.  She heard about showrooms in New York through a ribbon store on 38th St., about trade shows through her aunt, about straw importers from trade contacts, about a hat blocker through the straw importer, etc., etc., etc. She designed several hats and began production.  Slowly but surely she built a roster of accounts for her product that included Henri Bendel, Neiman Marcus, Barney’s, Nordstrom, and two First Ladies. Within four years she went from an inexperienced businesswoman with a passion for hats to a seasoned entrepreneur.

Looking for a fresh start with her 7 year old son, and a love of Nantucket, Darcy bought and renovated a residence and retail store in the heart of downtown.  She wanted to offer the hats in her own shop. The name of her store came from the first and middle names of her son, Peter Beaton, who had suggested the move to Nantucket.  The studio opened in the spring of 1996.  “My whole philosophy was to specialize in something and specialize deep. That’s the way to stand out in a crowd,” Darcy suggests“ and she has.

As the vitality of her hat sales grew, only then did Creech decide to add to her inventory by introducing handbags of the same straw as her hats, then shoes and other wares. This year she expanded again by opening Peter Beaton on the Wharf with a line of striped sailor shirts for infants, children and adults and her version of Wellington rubber boots among the inventory.

The website describes the brand “With a sense of old New England families gathered on the beach with children and dogs, and dinner with friends under star filled summer skies, Peter Beaton has become a brand that celebrates people not so much for who they are but for how they live—with passion, generosity, and a captivating sense of style.” Through the Peter Beaton brand, Darcy has recreated the classics.  She say the hats and clothes are “Emblematic of people who are worldly yet down to earth, trend-setting yet timeless, and fearless rather than flawless, the style is inviting, captivating, and colorful.”  Darcy works to create the Peter Beaton line, not just as clothing but as a philosophy for living.  It reminds me of the way Ralph Lauren has created his brand.

So with two stores and two children, Darcy is able to run her business from her home.  Her oldest son and the line’s namesake, assists his mother by manning one of the stores during the summer.  Now, with one son off to the Coast Guard, she will have more time to conquer the world.

VentureMom Tip  Specialize in one thing to garner success.

While summering with her family in Nantucket, she worked for the local Ralph Lauren retail shop. This landed Emily Hollister…

After talking with her, I went home and cleaned out my kitchen drawer, a corner cabinet and my hall closet,…

British Khaki was a very tailored buttoned- up line of menswear and she was a partner. But when Elizabeth Lighton…

Sometimes a mom’s path can cross with a child’s need and lead to a venture.  That’s what happened with Jill… 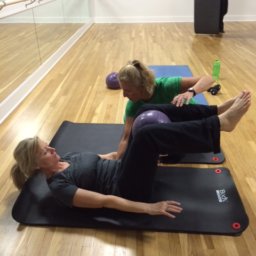